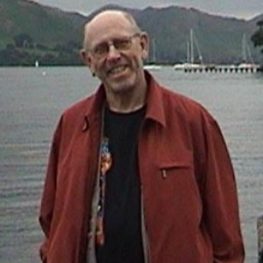 John began his Choice Theory journey while completing his Bachelor of Education at Flinders University in 1985. That work gave him the vision to create Anzac Hill High School (1987) based on Dr William Glasser’s work in “Schools Without Failure”; schools are designed for failure, punishment versus discipline defined, Glasser’s classes and the Classroom Meeting Model). John learned about the WGIA Institute in 2001. By 2009, before John’s retirement, all staff (including canteen person, gardener, front office) had completed at least Basic Intensive Training – three Certificated. Thanks to Faculty Judy Hatswell, Jean Suffield, Maggie Bolton and Sylvia Habel.

Proudest moments for John were; his school being recognised as one of 100 “Innovative and Best Practice” schools in 1998 and winning the John Laing Professional Development Award in 2005. John focused on the holistic wellbeing of his school’s community incorporating cultural understandings with Choice Theory and adopting a bilingual vision statement in the local language, Arrernte and English. National awards for parental engagement and literacy success were significant successes.
John was Vice President then President Northern Territory Principals’ Association and Member of Australian Secondary Principals’ Association Executive during the period 1998 to 2005.
John completed his Master of Education, majoring in Performance Management and gained Certificates in Reality Therapy and Investigations whilst working as a principal. John is currently a Practicum Supervisor and works occasionally on short term contracts with Indigenous college students and teaches in the local juvenile detention centre.

John has seven children and so far, seven grandchildren. John describes one of his happiest times being when partner Rae organised a family 70th birthday party at Cairns.

To show he is “balanced”, he is currently President of the Eagles Rugby Union Football Club, Alice Springs Town Band, Eisteddfod Council, and a member of a motoring club and a youth arts body.
John is most proud of the opportunities presented to play rugby union (and rugby league) wherever he was posted as a teacher and being a founding member of the Goondiwindi Emus, South Darwin Bunnies, Jabiru Bush Rats and The Todd Tavern Eagles in Alice Springs. He played in his last competition game for Eagles in 2013.