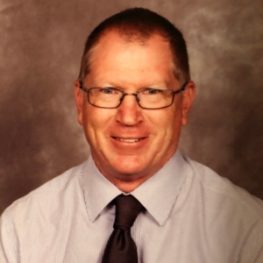 Mark Burnard’s current professional role is Principal of Chifley College Bidwill Campus, a 7 to 12 high school in Western Sydney. Mark started at Bidwill in 2007 and has embedded Choice Theory as a platform philosophy in the school’s leadership, planing and relational pedagogy programs. Mark has worked as a teacher, head teacher and deputy principal in Sydney high schools since 1985 and has a particular interest in how Choice Theory can be applied in education settings where the pressure to use external control in leadership and behaviour management can be very intense.   Mark proposes that schools and educators are at their best when they see their work as collaborating in a giant collective Reality Therapy exercise with Choice Theory as the foundation of the organisation’s culture.

Mark is old enough to know better but he also plays guitar in a blues rock band called Battered and Bluesed. He enjoys living close to the bush in the Blue Mountains, keenly follows the cricket and longs for success for the NSW Blues in State of Origin.

Choice Theory: Changing your thoughts can change your life.