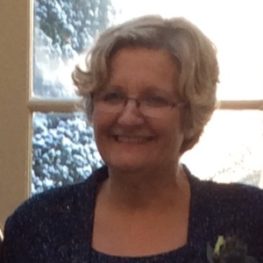 Mary has been an International Instructor since 1994.

Mary originally trained as a psychologist in the USA. She was unhappy with the work of B.F. Skinner, which was the emphasis in her psych training at the time,  and so after a few years of working in the field, decided to explore other options.

She returned to University, and trained to be a Primary, then Secondary, then Special Ed Teacher! This was her first contact with the work of Dr. Glasser, as his work was a part of the USA teacher training course. She worked briefly in Special Ed, then took the opportunity to live and work in France, teaching french primary school children English as a second language. Whilst there, she attended University, and trained in the work of the french educator, Frenet, who focused on multi-age teaching and individualised instruction. She then returned to the USA and taught French in a high school.

In 1974, under Gough Whitlam, teachers were recruited from overseas to address the shortage in Australian teacher numbers. Mary came to Australia at that time, thinking it was for just two years! After working in both Primary and Secondary, she was quickly promoted, and found herself to be the youngest high school administrator in Queensland in 1980.

At this time she became reacquainted with the work of Dr. Glasser by being selected to be in a small focus group run by Bill Hamilton, (the Deputy Director of Education) to look at the possibility of implementing Dr. Glasser’s work in schools through a program called Excellence in Teaching. When Education Queensland decided to run with this model of in-service, Mary’s school became one of the first schools to trial the program. After implementing the work school-wide, she became a consultant to schools and one of the program presenters, travelling the state and spreading the word about Dr. Glasser’s work. At this time, Mary also taught at the University of Queensland, in the teacher training program.

Mary met Dr. Glasser in 1989 when he came to Brisbane, and decided at that time to become more intensively involved with his work. The first Brisbane BIT course was run in August, 1989, and Mary was a participant. She then followed this with the subsequent layers of training, achieving Instructor status in Ireland in 1994.

Mary was a foundation member of the Australian Glasser Institute, and was an early Treasurer on the Board. She was then the President of the Institute 1994-1996, overseeing  a time of explosive growth and interest in Glasser’s work in Australia. She was the President when Dr. Glasser returned to Australia in 1996.

Mary mentored the first and only Quality School in Australia. Mary trained all the staff, working intensively with the school,

1994 – 2000.  She was a regular visitor to the school, being a mentor and friend to the brilliant staff who worked towards the QS status. Mary also brought Dr. and Mrs. Glasser to the school for a visit.

Mary is now a Senior Faculty Instructor. Although her main emphasis is schools, her counselling origins have also re-emerged, and she has trained many psychologists, social workers, counsellors and others in the field of mental health.

Mary has run well over 400 Intensive training courses, making her one of the most experienced Instructors in Australia.